News reports covering work on the track, lineside, buildings old and new, signalling, bridges and other civil engineering across the Bluebell Railway 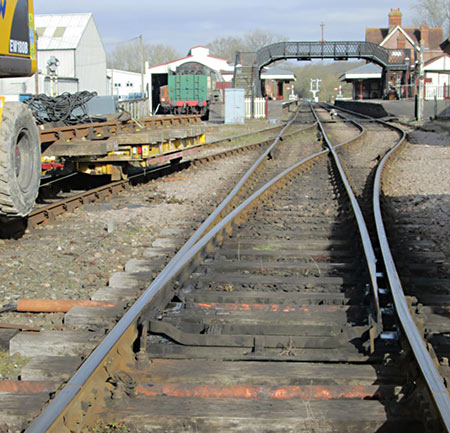 Jon Goff’s photos cover the relaying of the 7B Points at the South end of Sheffield Park, which took place on 28 February.

As previously reported, the point blades, chairs and sleepers had been prepared in advance at Horsted Keynes. The renewal was just of the blades and associated rails; the crossover part had been renewed a few years ago.

On the right we see the points before renewal, and below, the old blades being lifted out, and the ballast dug out and the underlying ground being levelled. 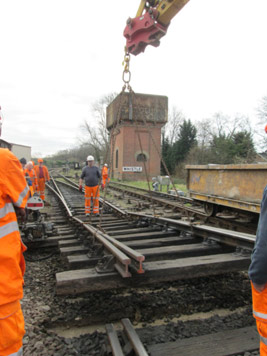 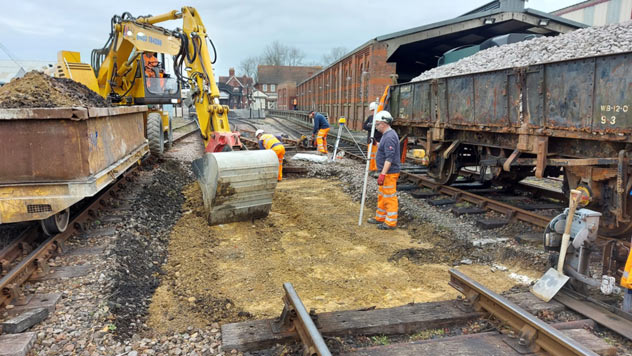 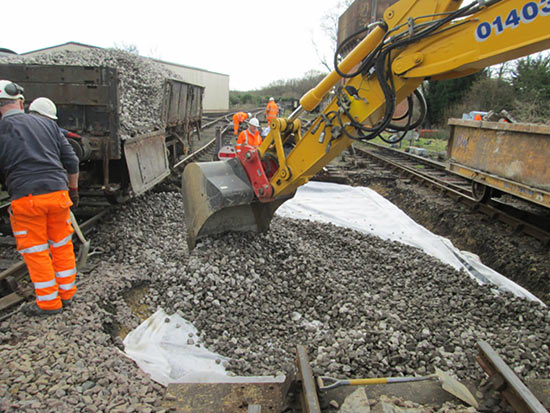 Left: An impervious membrane and then a geotextile layer now sit beneath the new ballast.


Below: the new rails are cut to length, and the trackwork all completed by the end of the day.

The S&T then reconnected the point motor and signalling over the following two days. 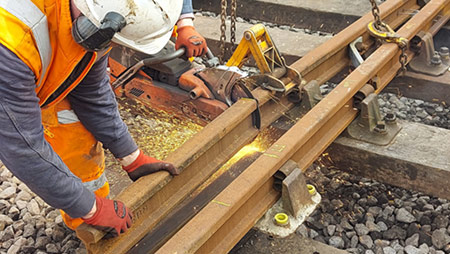 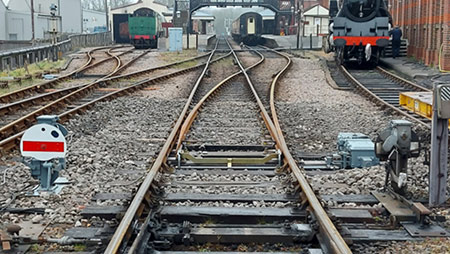 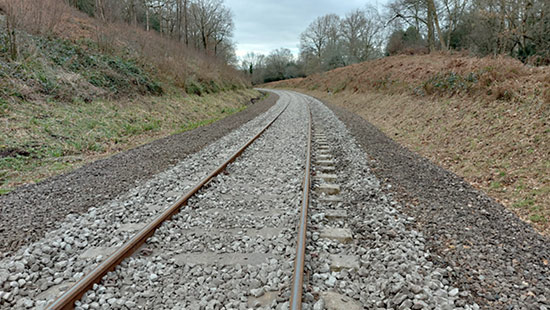 Jon Goff’s photo on the right shows the re-laid track which was tamped last week in advance of services restarting last weekend. At the time of the photo it awaited mechanical brushing to tidy the site of the re-lay.

Below are a series of photos from Mike Hopps.

The Sheffield Park 7B point ends (at the south end of the platforms there) are to be replaced, and these are being assembled at Horsted Keynes. Scaffolding has been erected around Horsted Keynes water tower to enable to replacement of the roof. The tower itself (unlike the adjoining engine/pump house) is in good condition, but with its tank having been removed in BR days, and the roof we fitted 40 years ago now life expired, this work is to secure the future of the building for the future. 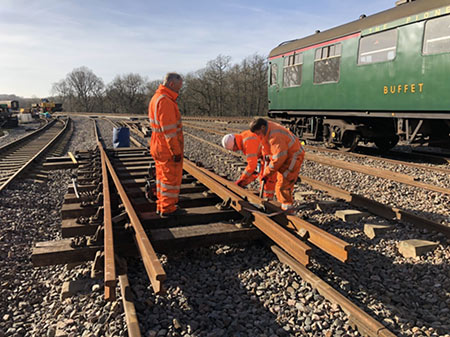 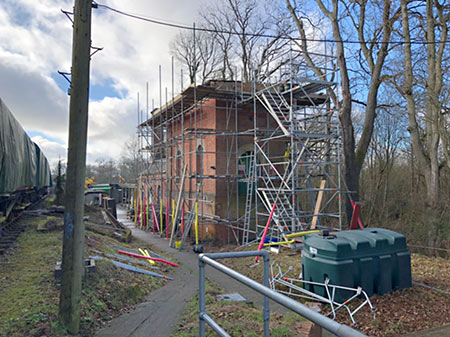 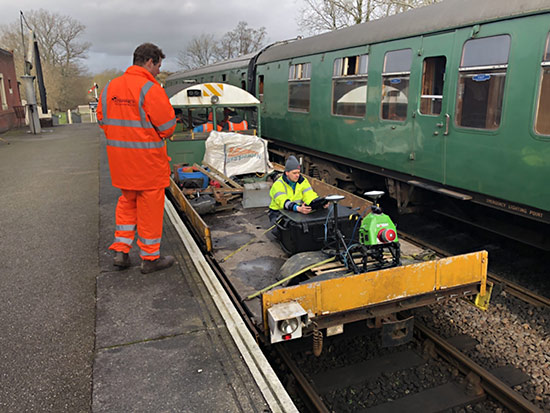 Yesterday a working party from University College London (UCL) were helping us with a very accurate survey of the lineside and boundaries to identify structures, track alignment, culverts, drains and access points. This data, when all put together with footage from the drone, will help particularly with the planned duct route from Sheffield Park to Horsted Keynes, and will allow us to update digitally information we already have. The scanner was mounted on the Wickham trailer and the line was surveyed all the way from Leamland Junction (north of Horsted Keynes) to the Pump House siding at the south end of Sheffield Park. Separate readings and scans were taken at intermediate points as well to establish references. This was also done in the Salt Yard at Horsted Keynes and the Loco Yard and the platforms at Sheffield Park.

The drone has a high definition camera and data collected allows images to be overlaid on the topographical scans. The system, even from a moving vehicle and guided by GPS, is accurate to 10 mm. We managed to get a picture of the drone before it flew away! 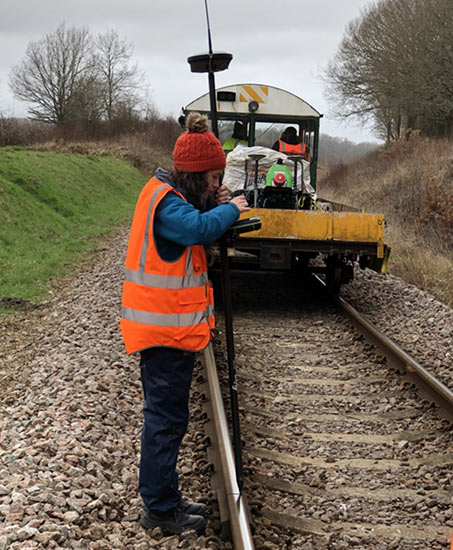 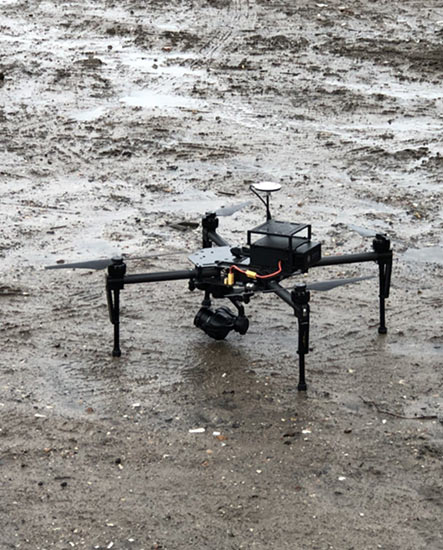 Below we see work that is taking place in what will be the car park for the carriage works and Heritage Skills Centre, where kerb stones and drainage channels are being laid out prior to tarmacking. Also shown is an area outside OP4 where several short track panels have been made up with examples of different sleepers, rail, clips and chairs, which will be used by visiting training groups. 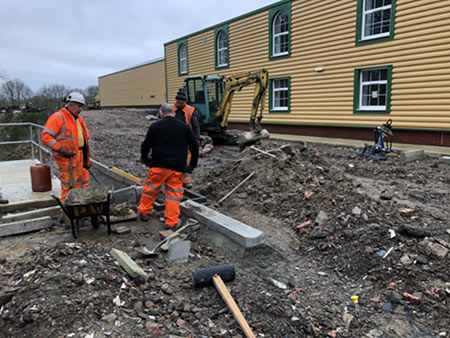 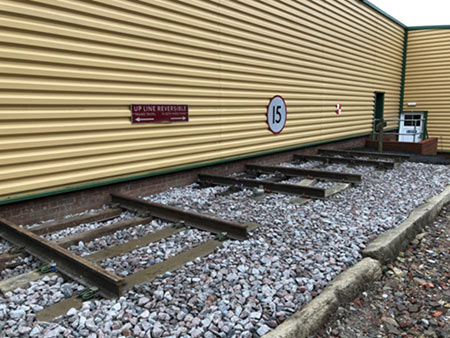 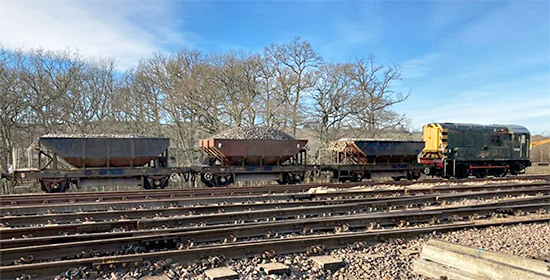 The 09 provides the motive power for ballast drops from the dogfish hoppers, and the road-railer then acts as a ballast plough.

The photos were taken on 1 February by Kevin Tucker (right and below right) and Jon Goff (below left). The ballast drop was completed on 2 February.

This section of newly relaid track between Lindfield Wood and Waterworks will be tamped next week. 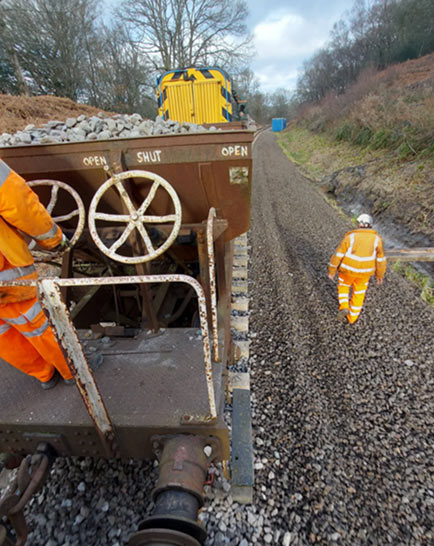 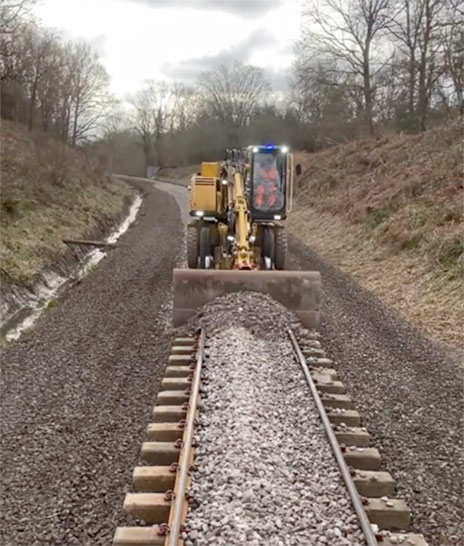 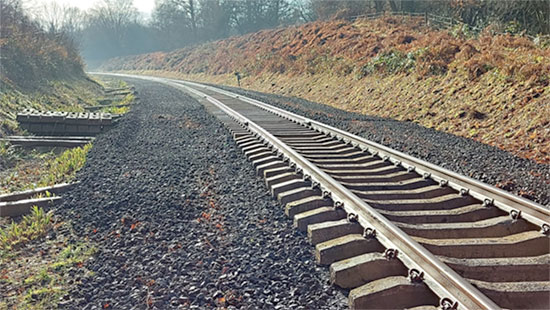 The re-laying north of Lindfield Wood has gone well, and the track is joined up again.

The second week’s report with more photos is here (pdf). 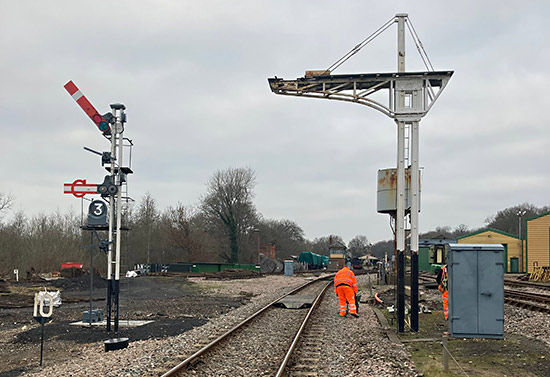 Ali Bruce provides this photo showing the culmination of a recent signalling improvement at Horsted Keynes. The new Inner Home, Calling On Signal (with the “C” arm) and Route Indicator are now installed at Horsted Keynes. Due to a shortage of spares for the traditional Westinghouse Signal machines, the new signals are powered by a hydraulically actuated system that has been developed in house. The route indicator is housed in a genuine SR fitting, also an improvement compared to the previous BR-era one as befits the SR-era portrayed at Horsted Keynes.

The entire installation has been the result of a massive team effort by all of the Bluebell S&T with support from others in the Infrastructure department.

The old bracket signal to the right (which was the third on the site in Bluebell days, installed 26 years ago) has been stripped of all its parts and awaits removal. It had become difficult to maintain, and now that the land on the up side no longer slopes steeply away, it was possible to site a more appropriate signal in this location. Because the site is made-up land, the new post is actually 39-ft long, with much of it underground! 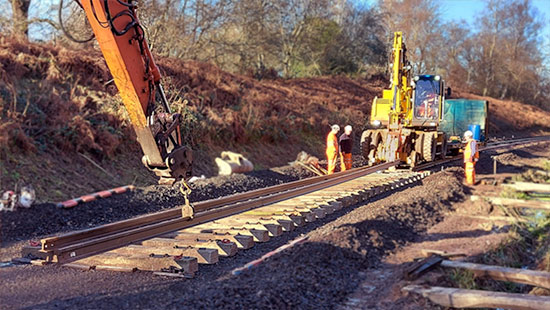 The re-laying covers 311 yards of track at Milepost 9/1 (between Lindfield Wood and Waterworks), which is the last significant stretch to be re-laid between Sheffield Park and Horsted Keynes, although a section south of Freshfield Bank, and a short section over New Road Bridge remain to be tackled.

You can read the full report here (pdf). 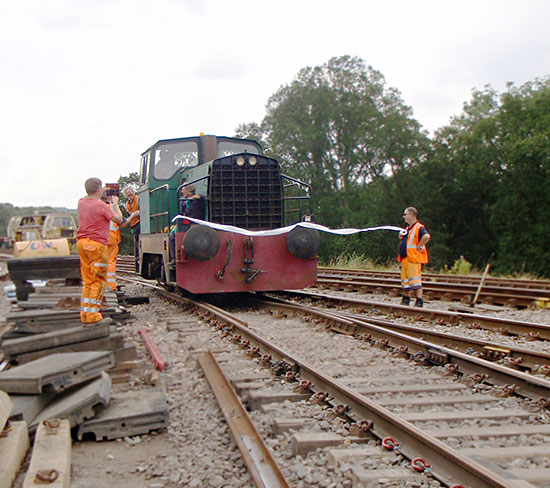 Bruce Healey’s photos show the inauguration of J-road of OP4 (Operation Undercover Phase 4) on 4 August, with the C&W Works Sentinel shunter breaking an improvised ribbon, and then putting the first carriages (LSWR 494 and SECR/SR 1050) inside the final road of this long-term storage shed.